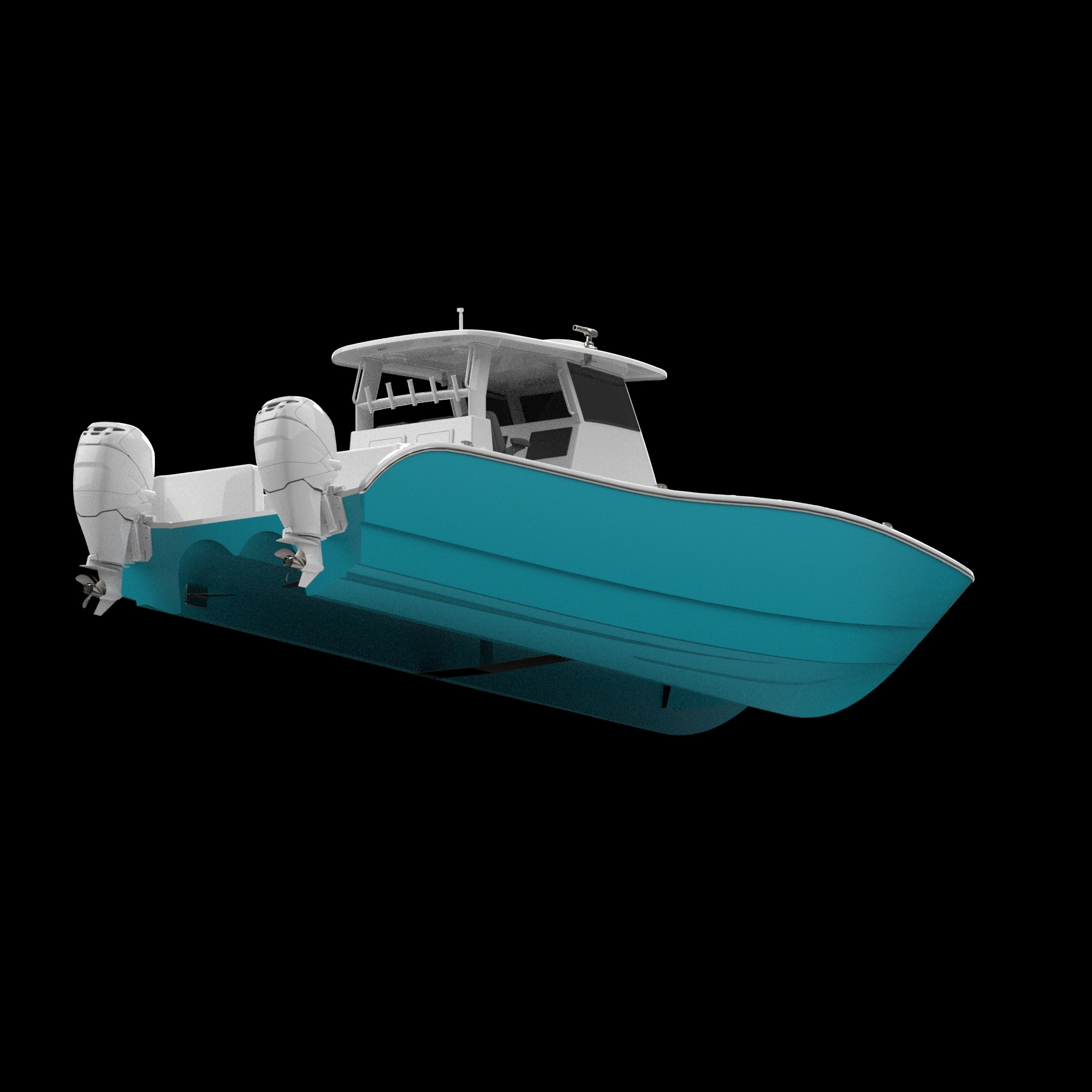 Upon deciding to build a foiling Cat, Insetta assembled a team of naval Architects and Marine Engineers to refine an existing and proven design. Using their own state of the art construction techniques, Insetta brought an application specific version to the Center Console fiberglass market.

The transducer location on the 35IFC is ideal. We install transducers before the lifting strake immediately after the flat section of the keel, resulting in very clean water flowing beneath the transducer for optimal function while the boat is on plane or lifted by the foils. 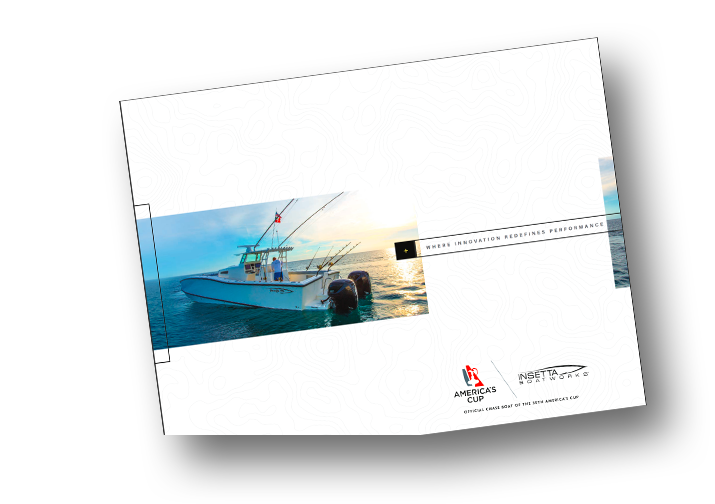